How community-led renewables could help solve the energy crisis 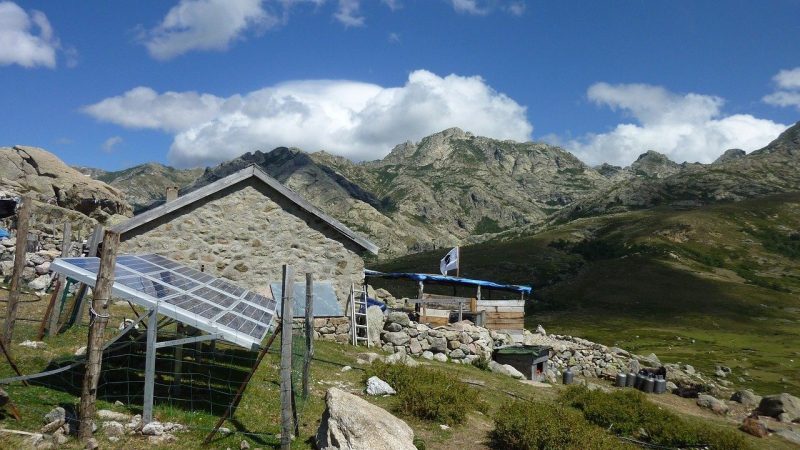 How community-led renewables could help solve the energy crisis

As energy bills climb and fears grow that consumers will become unable to heat their homes, some are pointing to the EU’s newly-created “citizen energy communities” as a way of enabling entire neighbourhoods to produce their own electricity or insulate homes.

“The time is now, the time is right” for these projects to flourish and help drive a shift towards decentralised, digitalised and democratised energy systems, said Achille Hannoset, a policy officer at the European Commission’s energy department, who spoke at an event during Sustainable Energy Week.

“We are living in times of an energy crisis with potentially a climate change-induced strict winter on our doorstep. To face these challenges, many measures and solutions have already been brought forward, and one of them is the energy communities,” he added.

Power to the people

In addition, energy communities can be a “natural ally” in tackling energy poverty by working with local authorities and social housing companies, including by helping to finance renewable installations and providing low-cost energy efficiency services, according to Hannoset.

They can be particularly effective in rural and island communities, which often have higher levels of energy poverty and lower employment levels.

“Sometimes people really do say it’s too good to be true,” said Luisa Matos from Cleanwatts, a company that helps grow energy communities.

“A lot of times we are talking about very, very vulnerable communities, villages where the population is almost all above 70 or 80 years old. This gives them meaning, that they are contributing to something that may bring new people to the village,” she added.

One Cleanwatts project in Portugal aims at creating energy communities in 100 villages, focusing on vulnerable areas and ones with high levels of elderly people. The company licences and installs the technology for communities.

For this to work, it is key to cooperate with the community, contracting local workers and getting prominent people like religious leaders on board, said Maria João Benquerença, the energy communities director at Cleanwatts.

Another project, run by Energias de Portugal, focuses on building energy communities on islands. The IANOS project looks at boosting energy and resource efficiency on islands while reducing their carbon footprint.

A significant proportion of Europe’s population lives on islands and often has higher energy costs, so projects in these areas can have more impact with fewer resources, said João Maciel, director at Energias de Portugal.

But while energy communities are in high demand and a legal framework is now in place at EU level, the related administration and permitting systems are not moving fast enough, said Matos.

EU countries should have transposed into national law the 2019 electricity market directive, which created the legal framework for energy communities.

But many have faced delays because of slow permitting. And there are also issues with getting the necessary components and equipment.

“People are having their energy bill raised through the roof, and then companies – especially the smaller companies – are having a lot of problems. They need a fast response, and we are not able to give it to them,” said Benquerença.

Because licensing is not in place, groups have to limit production as they cannot legally share the energy, she added, saying: “We are wasting energy in a time of our lives when we need it the most.”

On top of this, in its plan to ditch Russian gas, tabled in May 2022, the European Commission set out a target to have one renewable energy community per municipality with a population higher than 10,000 by 2025.

This target is “very ambitious”, Hannoset admitted, saying that energy communities “still struggle to become more than a niche in most of the EU energy markets”.

To tackle this, he says that EU countries need to remove unjustified bureaucratic barriers, enable innovative business models based on flexible self-consumption, and set up one-stop shops to help boost technical and financial capacity for projects.

The blueprint is already here for this, added Hannoset, pointing to the Clean Energy package, adopted in 2019.