Tallinn deputy mayor: Building renovation needs to be for everyone, not just the wealthy 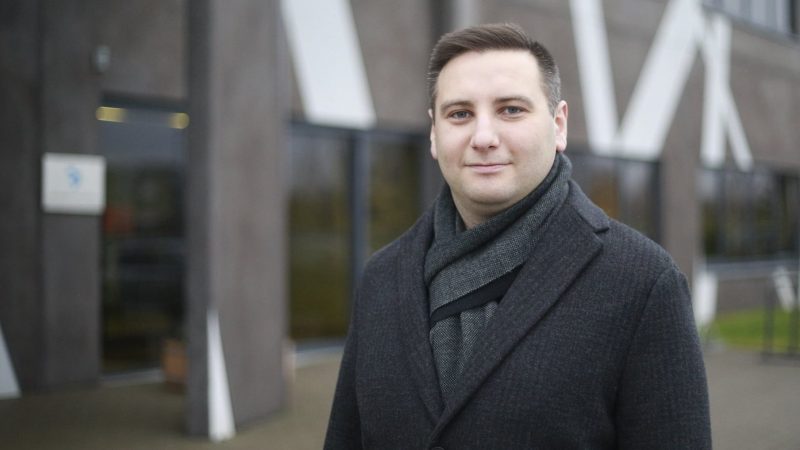 Tallinn deputy mayor: Building renovation needs to be for everyone, not just the wealthy

Hundreds of Soviet-era apartment blocks are in need of renovation in Tallin but owners may lack the funds, the trust, and possibly the will to renovate, says Vladimir Svet.

Vladimir Svet is Deputy Mayor of Tallinn, which will be the European Green Capital in 2023. During the Green Capital Year, Tallinn’s main themes will be biodiversity, reducing the carbon footprint and sustainability governance. He spoke to EURACTIV’s Kira Taylor in Brussels about his city’s push to decarbonise buildings and heating.

Tallinn aims to reduce its CO2 emissions by 40% by 2030 and reach climate neutrality by the middle of the century. How are you going to achieve that? And what role will buildings play in that decarbonisation effort?

Buildings are actually the most complicated issue if you look at carbon emitters in Tallinn. Hundreds of apartment blocks were built during the Soviet era, which I think is the biggest issue for us. If you want to renovate them, the flat owners association has to do that, and they are not always willing.

If we talk about private buildings, there is the question of how we support private owners in reconstructing their buildings and improving the systems that directly influence how much energy they consume and the CO2 emissions.

Here, we have good but small examples. For example, we have municipal subsidy programmes that support the reconstruction of facades and roofs, making them more efficient. We also have a foundation called Kredex which is the state’s support for building renovation in Tallinn. Altogether, the Kredex foundation and the city subsidies create compensation for about 40-45% of all the costs of renovating a private building.

If we talk about municipal housing, we have somewhat similar problems but approach them differently. First is the question of heating. In the case of Tallinn, the most efficient and ecologically friendly way would be to improve the central heating system.

Today, we have a lot of houses that are not connected with the system because, until this year, it was sometimes easier and maybe even cheaper to heat your house with a separate pump or a gas boiler. Today, this kind of economic model doesn’t work, especially for municipal buildings.

We are in the process of drafting next year’s budget, and we will have a special measure for the municipal facilities, schools, kindergartens, and the botanical garden, for example, who are the main consumers of gas to unite with the central heating system to drastically reduce the use of gas and, if it’s not possible, create an alternative for these gas heating systems.

You talked about the renovation of these old Soviet apartment blocks. Those are in many cities, not just in Estonia but in other countries in the EU. What lessons do you think you’ve learned that other cities can benefit from?

Educating and awareness raising. If you want people to think about this kind of problem, you have to educate them. You have to give them the tools to deal with this very complicated and systematic issue in addition to what they’re doing in their own lives.

In the case of Tallinn, a lot of these apartment blocks have 72 to 144 apartments. Some of them are up to 300 apartments. So if you want this community to come up with a plan to renovate the building in the way it should be done, you have to convince a lot of people not just to say yes, but to start paying.

In the best-case scenario, you can have about 50% of the cost compensated. In order to renovate the building properly, a loan is required. However, as said before, some associations are hesitant with the loans. Especially in the current situation, with utilities bills going up, as well as private loans due to increased EURIBOR rates.

I think that either the state or the city should provide a way of managing this whole project with professionals outside the housing community, but not always from the private sector.

We see that there is a problem when you have a house-by-house approach. You might have a block where houses are renovated in four different ways and some not at all. The right and cost-efficient way is to do an integrated project. But this requires top-down management and motivating funds.

If we talk about central heating, in the case of Tallinn, we have regions that are totally outside the system. We will try to create a pilot project to renovate the street, create the necessary pipes for the central heating, and support people uniting with the heating.

Moving to the EU level, the EU is revising its Energy Performance of Buildings Directive, which could require countries to renovate their 15% worst performing buildings. Is Tallinn ready for that objective, and what would you like to see in the law in terms of additional support?

We understand the need to do that, and we understand that, at the moment, we lack the measures to make the leap. What we have in terms of framework, infrastructure and support measures is supporting the most active, the wealthiest.

I see the greatest problem being with the neighbourhoods that lack this trust, wealth and maybe even the will and understanding to deal with this. We also see this problem is much bigger in places with a more elderly population because, when you talk about renovation, you’re talking about loans. Elderly people are much less eager to participate in a group loan that would be taken by the housing association.

If this can be addressed, it can be addressed at the EU level. Maybe the mere fact that this aim is being put forward at the union level will motivate the state to become more active. Not just creating measures but actually managing and directing them. I would really like to stress that this measure cannot be designed only for the wealthy and the active. It has to drag along those who are not on board now.

Estonia championed the digitalisation of its energy system during its presidency in 2017. What improvements have you seen, and what challenges are you seeing when it comes to digitalising buildings?

From the point of view of the user, keeping track of usage has become much easier. Information about water, electricity and heating is all available on an app or the website of the company that manages the building.

It also allowed us to create a better understanding of what is actually happening with consumption in different parts of the day. How can we influence this consumption? What measures help?

A sad but effective example is what happened this year when the price for energy, politely speaking, fluctuated or jumped like crazy. When the newspapers were covering this topic and showing the predicted price of energy hour by hour, day by day, people were planning their daily activities accordingly.

Does that mean consumers have more control?

People now have the possibility to control at what rate they want to buy and use electricity, especially if we talk about daily actions that are dependent on your schedule, like when you do laundry or wash the dishes.

It’s not only about a particular person cutting his bills. The city and the state can now predict what people will do at a certain point. During the summer, it’s not such a big problem, but it could be useful in winter, especially in the situation where our country must always be ready for our eastern neighbour, Russia, to test the electricity grid and cut off supply. A few days ago, we had a warning that there might be a test of the grid, so the electricity may be switched off from the Kaliningrad side. Fortunately, the test was cancelled.

In light of the war in Ukraine and the energy crisis, the EU is looking at increasing its energy efficiency and renewable energy targets. What role do you see cities playing in helping to achieve this?

In this case, every city is unique. Every city has its own energy mix. In the case of Tallinn, it’s a story of more and more central heating because, when you have central heating, you can actually control the CO2 emissions. The second thing is central cooling, which is like the little brother of central heating.

We see that central cooling is a very effective measure to reduce the costs and emissions of cooling large office buildings. If we manage to build this system and use seawater in the cooling process, this will help reduce costs, raise efficiency, and reduce emissions, not only with cooling but also with heating.

As the European Green Capital in 2023, using gas in the public transport has been our priority. Now, with the gas prices growing and given Europe’s dependence on Russia we may consider broader range of alternatives. However, I would rather look for other fuels as a temporary necessity. Hopefully, we and other European cities can continue with the gas from another source in following years.

Finally, how has the war in Ukraine and the energy crisis affected what you’re doing with the green transition? Is it slowing down progress, or do you think that it could actually speed up progress?

It changed everything in both good and bad ways. First of all, for countries in Eastern Europe, especially those neighbouring Russia, energy was always, to an extent, a question of security, and there was the understanding that energy supply is one of the cards being played in this game.

Now we’re feeling that it is happening 100%. This securitisation of this topic brought the understanding that bigger and quicker investments are necessary right now and, on the other hand, it brought the need to convince people that the Green Deal is possible in this kind of environment.

I think that everybody dealing with the green transition today in Europe faces this problem. We need to argue twice as hard as we did before. We need to convince people more. We need to be more data-based than before when we convince people that the green transition is not just something nature will win from, but a person will win from too, especially when people see the bills. Tallinn is eager to promote its green governance principles, as the decision-making always has to consider environment among other issues.

The second thing is that the cost of any investment, especially investment connected with the green transition, has become more and more costly. With inflation rates skyrocketing and supplies slowing down due to logistics crisis, the price tag on our infrastructure investments has risen from 20% to 70%, depending on the particular object. This means hard choices about new green areas or road reconstructions, etc. At the same time, we understand that we are forced to overpay for this investment today because we may have no alternative the day after tomorrow. Of course, that’s a big hit for budgets, especially for countries that have been quite efficient in keeping a low deficit. Estonia is not a country that is very used to loaning money.

And the third thing is that this war in Ukraine made us rethink what is important to us and act more effectively. Both Estonia, but especially countries more to the centre of Europe, have enjoyed the time when gas was a very cheap and accessible source of energy. Well, it’s not anymore.