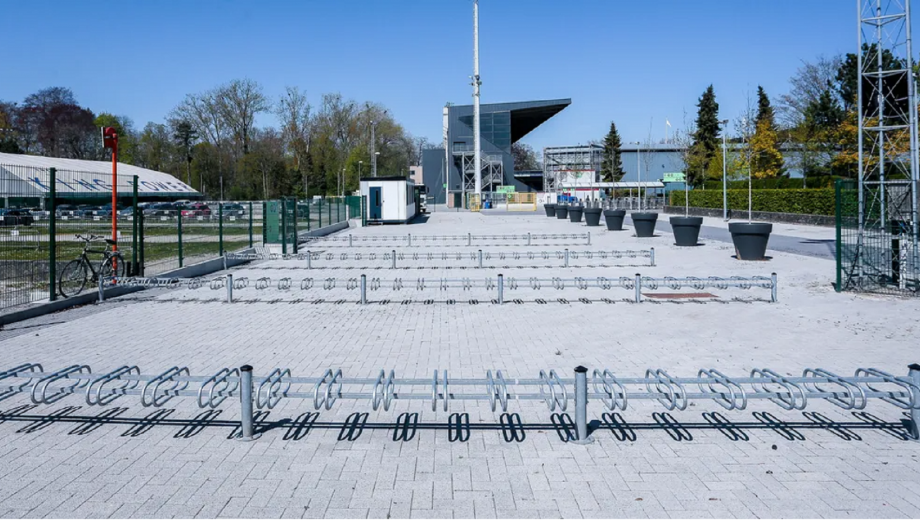 The European Football for Development Network (EFDN) consists of professional football clubs, leagues and FAs who are committed to their communities and social responsibilities and have the passion to cooperate and engage on a European level. They are partners in the GREENFOOT project.

OH Leuven has worked on a new mobility plan for the King Power @ Den Dreef stadium before the return of the supporters. A mobility study was carried out by a specialist agency and supporters were also surveyed online. In addition, consultations were held with the various stakeholders such as the City, the neighbourhood committee, surrounding organisations, among other interested parties.

EXPANSION OF THE BICYCLE PARK

The King Power @ Den Dreef stadium is a city stadium with ideal accessibility for pedestrians and cyclists. The online visitor survey already showed that 30% of the supporters come to the King Power @ Den Dreef stadium by bike or on foot. The club is already happy with such a high number of pedestrians and cyclists and wants to increase this number even more. In order to be able to place this large number of bikes correctly, the existing bike park at the main entrance will be expanded even further and will have a capacity of 1500 bikes.

By public transport, there are also several opportunities to get to the stadium by train and/or by bus. There are several bus stops of De Lijn right next to the stadium.

The disadvantage of the stadium’s location is the accessibility by car and the limited parking space in the surroundings of the stadium. OH Leuven has also made an effort to address this issue and the club has reached an agreement to use two car parks within walking distance of the stadium.

Peter Willems, CEO OH Leuven said: “We want to organise the experience for the supporters who come to the stadium as optimally as possible and mobility is an important element in this. With this new mobility plan, we are offering options for every supporter, but we are making extra efforts to offer sustainable options on foot or by bike. The bicycle parking is a real VIP parking just next to the entrance of the stadium.”

Johan Geleyns, sport councillor of the city of Leuven said: “I am very happy that we, as supporters, will be able to enjoy a hopefully full stadium again by presenting a Covid Safe Ticket. Our 12th man can help OHL to win. But that 12th man or woman must of course get to the stadium comfortably and smoothly. That is why I am pleased that OHL, just like the city, is making efforts to support soft mobility. The unique location of the stadium along the Leuven ring road and the comfortable, extensive cycle park can only be a stimulus in this respect. The efforts made by the club to offer visitors who come by car a nearby car park and thus relieve the neighbourhood are greatly appreciated by the city.”

Our thanks go to the City of Leuven, the neighbourhood committee, KU Leuven and Imec.