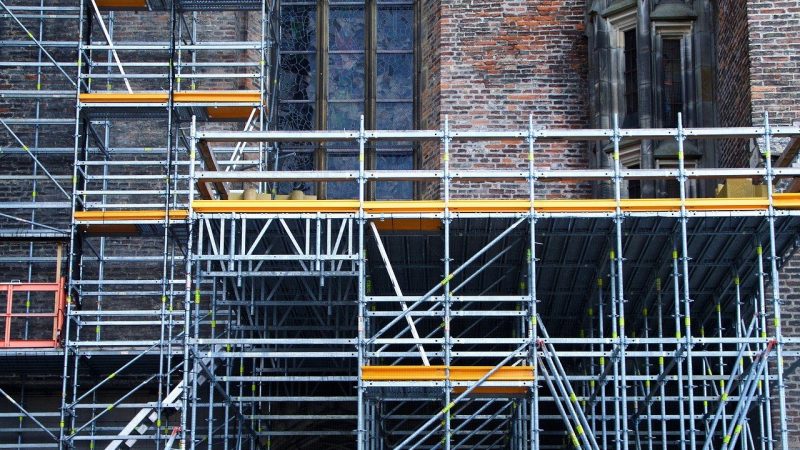 Europe’s buildings are responsible for 40% of its energy consumption and many are in desperate need of better insulation in order to decrease the EU’s reliance on imported fossil fuels.

Buildings are a key sector when it comes to addressing high energy prices and security of supply concerns, said Paula Rey Garcia from the European Commission’s energy department, who spoke at a Brussels event in September.

In light of the energy crisis and the war in Ukraine, there needs to be an “ambitious” revision of the EU’s energy performance of buildings directive (EPBD), added Martin Pejřimovský, energy attaché at the EU representation of the Czech Republic, which currently holds the bloc’s six-month rotating presidency.

As the EU presidency holder, Czechia aims to find a common position among the EU’s 27 member states before handing over the reins to Sweden on 1 January to finalise negotiations on the bill with the European Parliament.

While not a short-term solution to the energy crisis, updating the buildings law must be part of the EU’s answer, said Pejřimovský, who believes the current version is no longer fit for purpose.

“It’s not enough for the challenges that we will be facing tomorrow and in the decades after, especially considering everything that’s going on with the Russian invasion of Ukraine and the complete revision of a lot of truths and beliefs that were connected to the way we are running our economy,” the Czech attaché told attendees at the event.

The European Commission tabled the revision of the EPBD in December 2021, two months before the invasion of Ukraine and the deterioration of the energy crisis.

Since then, the EU executive has tabled proposals to speed up the energy transition, including higher energy efficiency and renewable energy objectives for 2030 and short-term demand reduction targets for gas and electricity.

Building renovation was desperately needed, even before the current crisis. According to a recent study by the Building Performance Institute Europe, the EU is moving too slowly towards its legal objective of reducing emissions from buildings to net-zero by 2050.

At an event to present the study, speakers from the European Commission, Parliament and Czech presidency all highlighted the urgency of renovation and finding agreement on the new law.

Lawmakers in Parliament already voted to boost the EU’s overall energy savings target in September and an ambitious EPBD is considered a key tool to achieve that goal.

But while there is general consensus that greater ambition is needed, translating this into law is a different matter, where national divergences quickly come into play.

Morten Petersen, a centrist lawmaker from Denmark who is helping to draft the Parliament’s position on the EPBD, predicts a lot of political resistance on how prescriptive the law should be.

A central element in the revised directive is the introduction of minimum energy performance standards (MEPS) requiring residential and non-residential buildings across Europe to meet a certain efficiency threshold.

The lawmaker in charge of drafting the Parliament’s position, Green politician Ciarán Cuffe, is pushing for high ambition on these in order to trigger an increase in the renovation rate of the worst performing buildings.

Cuffe wants to go further, aiming for all buildings to reach C grade in the early 2030s.

“MEPS are the backbone of this legislation. They define a clear trajectory for improving individual buildings which will support more renovations and mobilise the market towards our decarbonisation goal,” Cuffe told EURACTIV.

The Irish lawmaker has also introduced changes to promote social safeguards for vulnerable households and ensure property owners do not exploit tenants by raising rents after renovations.

But EU governments are more cautious and fear raising the bar too high for homeowners who are already struggling with rising energy bills.

Cuffe, who is pushing for higher ambition, said EU countries were “trying to weaken the Commission’s proposal” on minimum energy performance standards in order to have as few obligations as possible.

Pejřimovský said that the EPBD revision is “almost revolutionary” for EU member states who will, for the first time, be obliged to renovate the least efficient buildings.

Minimum standards are “unbelievably politically sensitive” and need to be “carefully tweaked” by EU negotiators, he warned.

“How to make sure that this is legally sound in each and every member state and that people will still feel safe in their homes, regardless of their income, regardless of the availability of mortgages at some moment in their lives – this is something that requires a high level of scrutiny,” he explained.

However, Cuffe told EURACTIV that minimum energy performance standards were a “fair approach” as they recognise differences between EU countries and tackle energy poverty by targeting the worst performing buildings.

When it presented its proposal in December, the European Commission said that the EPBD would leave enough flexibility for EU countries to define their own energy performance scale based on common EU-wide parameters.

“On that basis, each member state will define what are its own 15% worst performing buildings,” a senior EU official explained at the time.

EU country representatives will meet this week to discuss their position with the aim of finding a common position in October. Meanwhile, the European Parliament hopes to finalise its position in December and be ready to negotiate with EU countries in 2023.